A session was hosted for the committee members of all ISC groups by Ashley Brown of the Football Supporters Association to discuss the implications of the proposed Shadow Board as outlined in the Fan-led Review.

A mandated Shadow Board is recommended by the review with the following conditions:

Issues for the Shadow Board:

In addition, Shadow Boards should:

The Independent Supporters Committee (ISC) has been busy working on behalf of all supporters of our great club. As the ISC we continue to build an effective working relationship with the Club and those that work for WHUFC. This has allowed us to make the progress we have so far, whilst continually seeking improvements to the matchday experience for all that follow West Ham United. 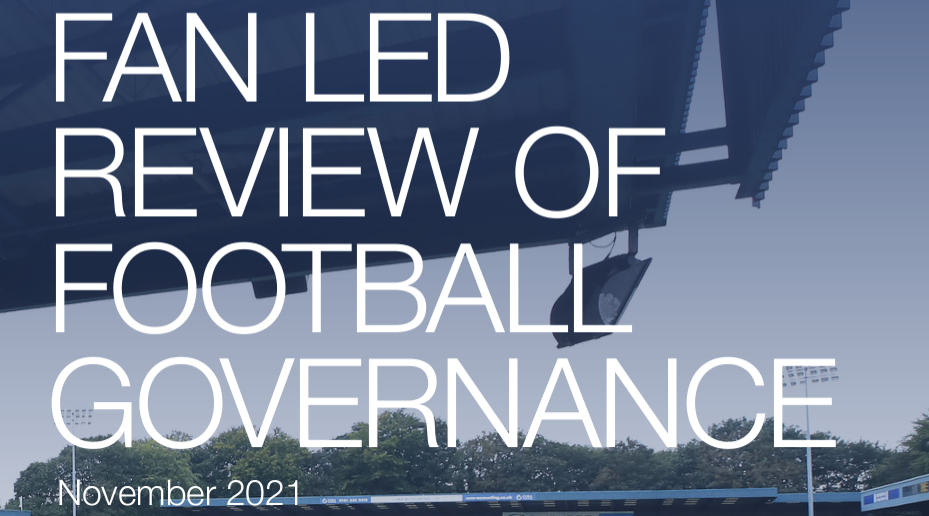 The ISC clearly stated our position on season ticket pricing for next season 22/23. We first conveyed our position at a meeting with the Club in January, culminating in the following extract from a written communication to the Club on March 13th as follows

“…. there are many supporters who will be anxious about the immediate future, particularly from a personal and family financial perspective. For many West Ham fans the uncertainty regarding next season’s ticket pricing will sadly be a contributing factor. This season’s success in Europe and domestic cups has resulted in fans attending more games than normal and incurring the associated additional costs. And of course we all hope that this season’s success will continue into the next season. The ISC has made very clear our position on any potential ticket price increase. It’s clearly a very difficult time for many fans and not knowing the Club’s intentions is adding to their concerns. The financial stresses supporters are under given the 'cost of living' situation, with rapidly rising costs and the financial impact of Covid19 underpins the ISC view that a rise in ticket costs will lead to more supporters feeling they have no choice but to give up their season ticket. “

On March 29th the ISC Ticketing Subcommittee met with the Club and the agenda included season ticket pricing for the forthcoming season? The ISC reiterated its position is that any price increase would be unacceptable in view of the current financial climate.

The Club acknowledged the ISC’s position communicated at the previous meeting in January, but confirmed that although there would be a price increase for the 2022/23 season, as yet to be finalized, that following discussions with the ISC the Club would be:-

The meeting minutes record the Club’s response that the 22/23 season ticket pricing strategy, specifically the proposed increase across all bands, is being finalised but pricing will be focused on the continuation of providing affordable family football.

Albeit the ISC welcomed the initiatives above it remains extremely disappointed by the extent of the other increases that were subsequently announced. On reflection, the ISC feels that this season’s Europa League campaign, next season’s predicted match day attendance increase (which will include a significant number of premium priced seats) would generate sufficient additional revenue to offset the requirement for a general price increase to season tickets.

The ISC on behalf of all season ticket holders has formally requested the Club reconsider its position in respect of the ticket price increase announced on Wednesday April 6th.

The West Stand at London Stadium is to be reconfigured during the close season to allow 1500 more supporters the opportunity to purchase tickets in the lower tier. The stadium will be certificated to hold 62,500 supporters come the start of the 2022-23 season. The club have opted to increase the capacity in the lower tier of the West Stand, as opposed to simply opening up more seats at the very back of the upper tiers, to facilitate this capacity increase.

West Ham United feel that this is another step towards improving the match day experience for supporters at London Stadium, will be welcomed by supporters and the ISC hope that this is indeed the case. However, the ISC have expressed our disappointment that we were not provided with detailed information during the planning stage and were not consulted prior to the selection of the final design.

The additional lower tier capacity is primarily generated by closing the existing gap between the upper and lower tier by an additional 4 rows of seating, although the overall footprint of the West Stand lower tier appears relatively unchanged. Whilst supporters will be disappointed that it is not planned to move the stand closer to the pitch, the club is hopeful that those who have the opportunity to move down into the lower tier will experience improved matchday experience. Additionally there will be 600 West 1966 seats, similar to those in the East Stand.

The change in shape of the lower tier and the additional block of 1966 seats has resulted in 600 existing season ticket holders being relocated within the lower tier. We have been informed that the seat identified on the map sent to supporters is only a suggestion. Supporters can contact the club to request an alternative seat, but should be aware that a move to try to replicate what they might see as their ‘original’ seat could result in a supporter needing to make a purchase in different price band.

With work due to commence immediately following the final home game of the season, supporters will not have had the opportunity to influence decision making on this project or much time to consider their options before renewing. The ISC have asked that this is addressed in the future as supporters should be fully consulted and informed, at the earliest opportunity, when it comes to their matchday experience or their emotional connection to their football team. The ISC will continue to do everything possible to represent your interests.
Matchday Experience -
Street Vendor Statement  (7th July 2022)

Following a formal request and subsequent discussions between the ISC and Club representatives, a meeting with representatives of the ISC, West Ham United Football Club and relevant stakeholders of London Legacy Development Corporation, Delaware North and LS185; has taken place.

The meeting was focussed on planning for the provision of street vendors, from the West Ham United and local community, on approaches to London Stadium, along with further opportunities to create atmosphere.

Views of supporters were clearly expressed to those at the meeting. The ISC and the Club are very much in agreement in our desire to see West Ham United ‘branding’ and local vendors on the approach to London Stadium. We’re pleased to report that stakeholders were receptive of the ISC and Club’s proposals. Next steps in moving this forward were agreed, including the ISC working with the Club to establish a set criterion for vendors and more entertainment on approach to London Stadium on matchdays.

The Independent Supporters Committee is pleased to be able to report all stakeholders are keen to work with supporters and the Club to actively enhance atmosphere, recognise the heritage and culture of West Ham United and celebrate our great club.

We will continue to work on developing the agreed actions from this meeting that will positively build atmosphere, will further identify the area as West Ham United, will add to the supporter experience.

We will update supporters when we have further news.